The Turtle Conservancy is excited to announce its first Impressed Tortoise (Manouria impressa) hatchling since 2009.  The little one hatched on September 19, 2020, weighing in at a healthy 16 grams and 44 millimeters in length.  It was incubated for 10 weeks at a temperature between 78-82 degrees F, with 78% humidity. Its dam is an f2 hatched at the Turtle Conservancy in 2009, and its sire is a wild-born impressa who came to us in 2012 from another conservation facility.

Like most turtle parents, mom and dad couldn’t care less about their baby, who is thriving on its own with the help of a dedicated keeper staff.  It is fed a diet of mushrooms and squash with a vitamin and calcium powder supplement.

The Impressed Tortoise is quite difficult to manage in captivity and even more difficult to breed. So this little hatchling is extra special to us and, we hope, just the first in a new generation to come.  There is one more fertile egg from the same clutch so we are keeping our fingers crossed that our baby will soon have a sibling!

Tortoises of the genus, Manouria, are the oldest forms of tortoises living today. The Impressed Tortoise is a good example of a species occurring localized across a very large geographical range. This tortoise lives in Cambodia, China, Laos, Malaysia, Myanmar, Thailand and Vietnam, and was recently documented to extend into India. Described in 1882 by Günther, the tortoise is very discreet and elusive. It is currently assessed as Vulnerable in the IUCN Red List, though its next update may well rate it as Endangered.

Impressed Tortoises are found at very high elevations in cool, humid forests. Through field studies, it has been discovered that this tortoise feeds primarily on various fungus species, as well as young bamboo shoots. They really love to spend time buried in the leaf litter and the females use the leaves to create the nest mound in which they lay eggs.

The Turtle Conservancy has been focused on Impressed Tortoises (along with other species) since our inception back in 2005. In 2011, we traveled to the mountains of Thailand to track these tortoises and collect data on their natural history. Given the elusive nature of these animals, we were fortunate to observe 3 wild Impressed Tortoises during this trip. 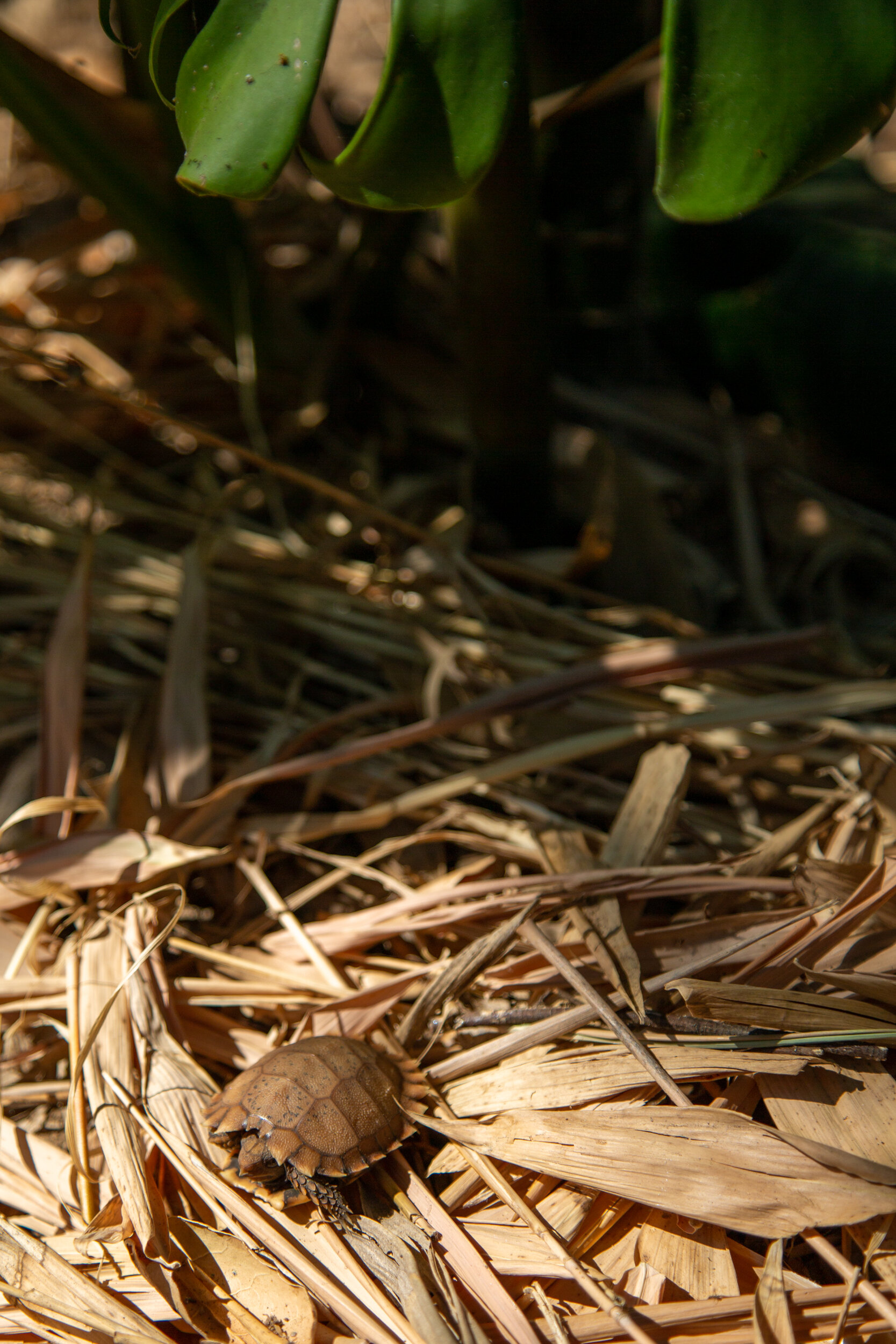 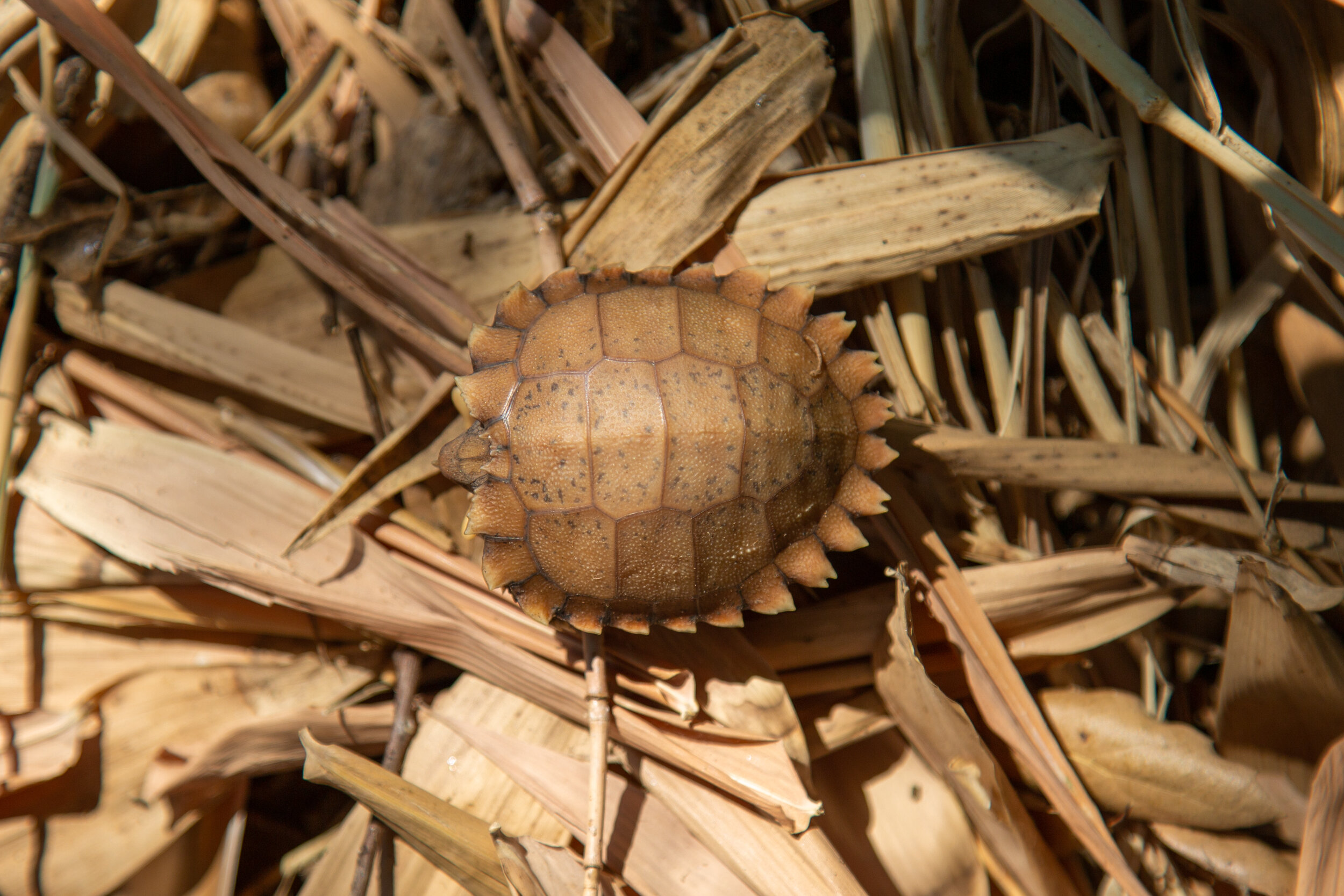 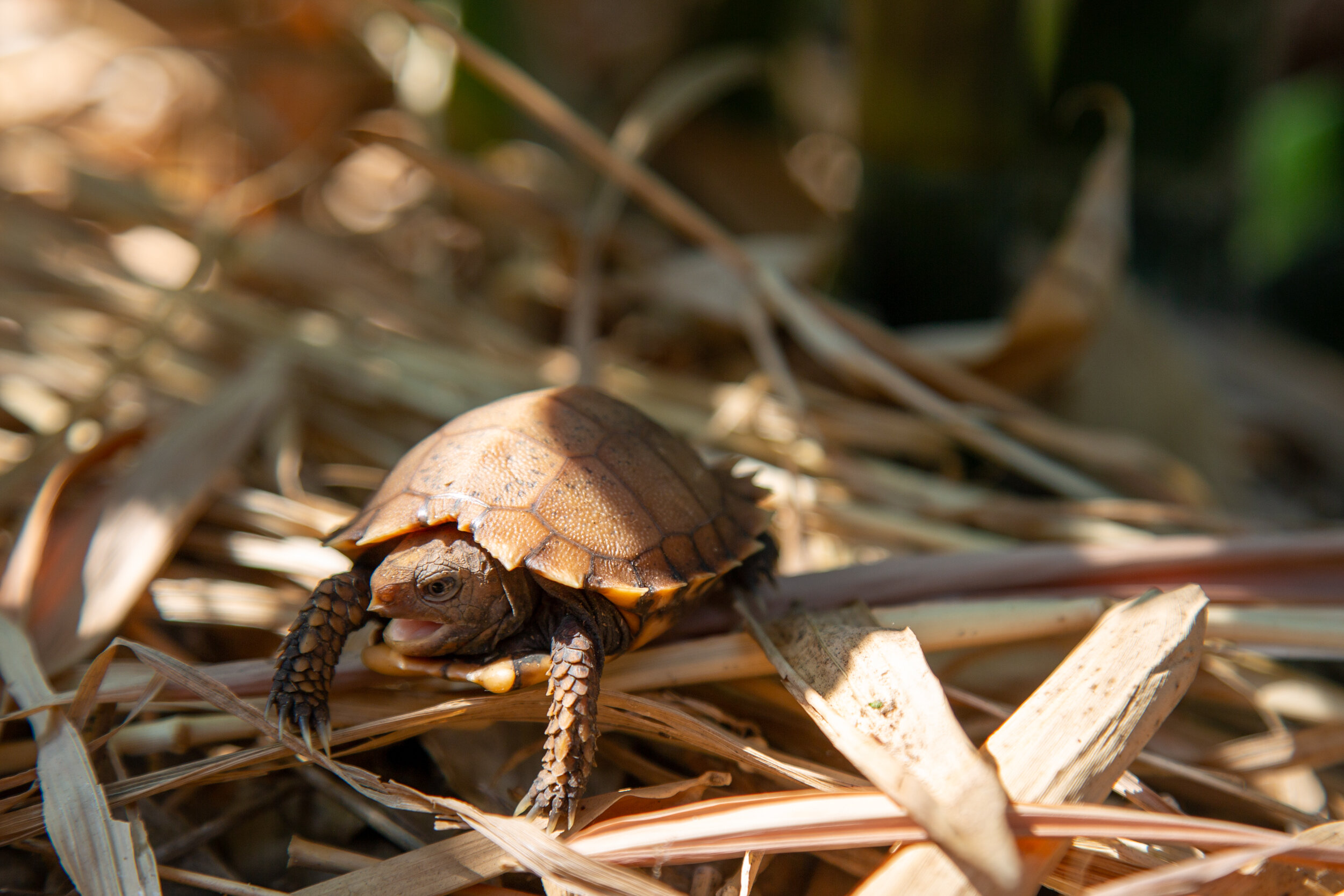 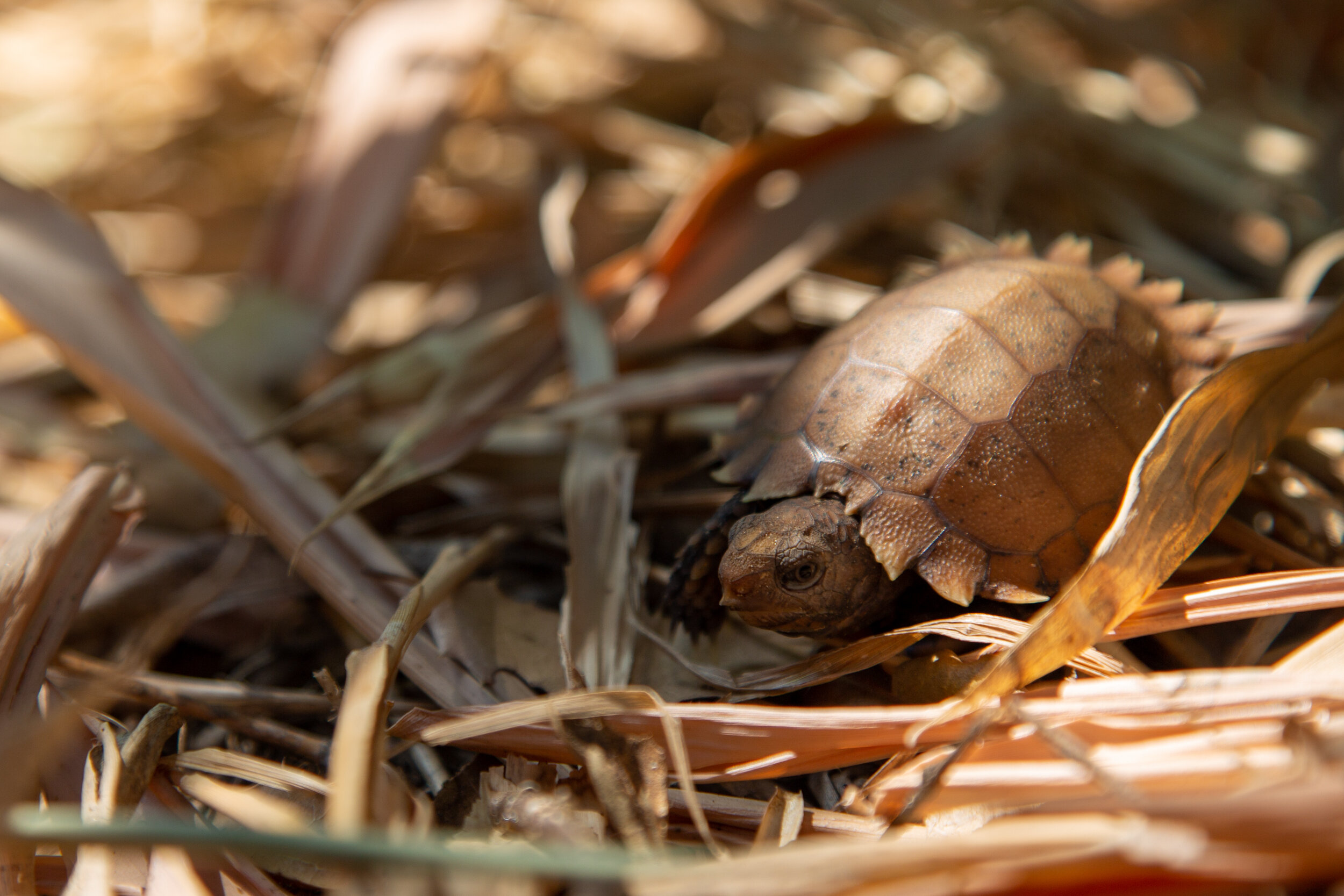